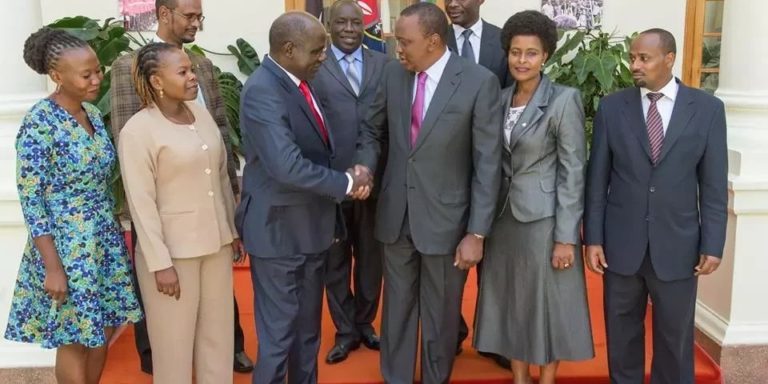 The recent Court of Appeals ruling against the Independent Electoral & Boundaries Commission (IEBC) that mandated that votes tallied and announced at the polling stations are the final count for all contestants including the presidency ought to be a wakeup call to the Commission and the ruling Jubilee party that the forthcoming elections are not your ordinary elections. Already there’s complacency on the opposition’s part going by the manner they have been running victory laps but I caution them, especially the Kenyan public, don’t let your guard down, especially about the IEBC. I still strongly believe that the IEBC is NOT ready for the elections in 40 days and it prudent and in the best interests of the country to postpone it. It is imperative that we get this right and NOT gamble and risk further disintegration of the country. Credible elections supersede the arbitrary election date that the IEBC attributes to the constitution. There are so many mandates in the constitution that the state has adamantly refused to comply with, the sky has not fallen – certainly it won’t fall either if elections were delayed so we get it right! The peace dividends from a credible elections will have far positive impact on the country as a whole that will surpass the chaos that are almost guaranteed to break out if the elections are rigged or even perceived to be rigged.

Independence of IEBC is a required perquisite of fair and credible elections. In this case, it blatantly discernible that IEBC’s independence is fatally compromised – IEBC and Jubilee are colluding to influence the outcome of the elections, in other words, put bluntly the IEBC is NOT independent but an extension of the Jubilee government. That’s the problem folks. It is not just IEBC’s cavalier attitude and arrogance toward the opposition and the public who have raised umpteen legitimate concerns about the commission’s blatant bias in favor of the ruling Jubilee party but also the commission condescending dismissal of these claims that leave many of us dismayed. We the people are hopeless and voiceless in this process, we are the whims and mercies of unelected condescending officials whom we employ, I mean how that work does?

I can’t help but wonder what jinxed our commission; all we see is an IEBC that is ill-prepared for the elections – and mostly unresponsive, I mean tone deaf to all the red flags incontrovertible warnings. Perhaps it is hopelessly dysfunctional, maybe it is incompetence, perhaps its lack of training or maybe they just don’t care. For example, what gives the IEBC chairman and CEO the notion that they, at the national headquarters, have the sole discretion and authority to change vote counts properly and duly submitted from the polling stations? Why did this matter even end up in court in the first place? It is madness, it is impunity. These are unelected officials who more often than not make their own rules as they that bind the entire nation with no regard to the attendant consequences, if it is not vote tallying it is ballot paper tendering, if it isn’t ballot tendering it is voter suppression (denying eligible voters their right to vote by prematurely and arbitrarily closing voter registration)  I hope I am wrong but the fight to give wide discretion to its Chairman to alter vote counts and declare the presidential winner is confirmation of an out of touch enterprise. Please don’t misunderstand me, I want and expect the IEBC to CERTIFY and announce the presidential winner, I mean it’s the only way to do it but NOT to change results themselves – votes are counted by IEBC employees/officers, are they disowning their own employees? Jubilee joining the IEBC in the court battle only compounds the perception that the two entities are working together to subvert the will of the people.  Therefore, we must NOT allow IEBC’s unpreparedness to drive the country into chaos yet again. Ours is a binary choice – either IEBC conducts credible general elections or risk violence,

It is déjà vu, we have ridden this train before, we know the turns, the stunts, and the stops and ultimately where it leads; violence. If I were to advice Uhuru Kenyatta and William Ruto I would say to them tread very carefully, you are on thin ice as they say. To Kenyatta especially, LEAD the country, don’t be a follower. Raila Odinga is laying a perfect trap for you and Ruto and you two are falling for it hook, line and sinker, don’t be fools, don’t let him. I don’t see how any responsible leader can proceed to an election under these circumstances unless purposely courting anarchy. Truth of the matter is Raila Odinga will NOT accept defeat, it is just a fact. Raila Odinga will ensnare you guys and this time the momentum is on his side, I hate to admit it but that’s just the truth. He will ensnare you, I am not asking you to give Raila Odinga everything he wants but don’t fall into his trap; by colluding with IEBC in all matters elections to frustrate the opposition and subvert the will of the people via rigging, you provide him with a perfect opening to call for MASS ACTION on August 9, 2017. Invariably chaos will break out, bloodshed and the international community especially the ICC will step in, not for NUSU MKATE, but to lock you two up. It is not worth it. So to you I say, don’t be foolish, don’t spite Raila, don’t ignore him and don’t antagonize him, in short, don’t rig the elections. Insist on a clean election.

Again, I appeal to the IEBC, reschedule the August 8 elections, get your act together first and let’s all participate is a fair process, ni hayo tu.