Iebc Must Be Held Criminally Liable For Elections Related Violence 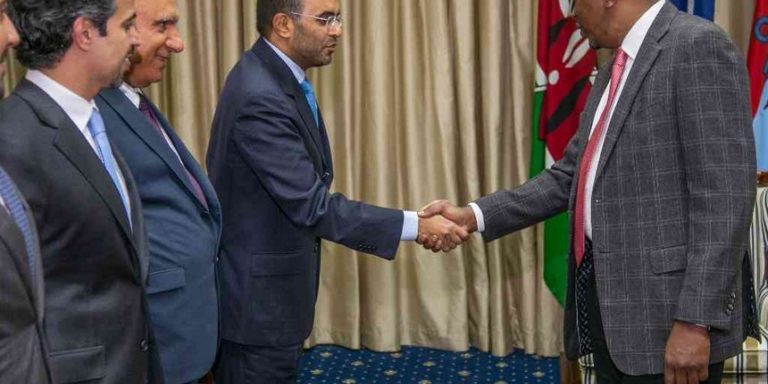 Is it just me or are there many of us out here wondering about the same issue and that is, when was the last time Kenya’s election commission(s) owned up to their mistakes in conducting elections let alone held responsible for the resulting violence? For far too long Kenya’s election commissions have been littered with egregious elections declarations that result in unduly onerous consequences ion our country in terms of human lives, efforts and resources. The most recent being the 2007/2008 Post Election violence, the elections commission was never held responsible for its role in the fiasco, but the country is still reeling from the effects of their intentional mistakes. We are hurtling down the same path and oblivious to the impending consequences if we fail to mitigate the risks now.  When do the rigging shenanigans end? It is clear that these commissions are incapable of ending these elections malfeasances on their own– it is too lucrative and intoxicating for them. At what point do we say “Enough is enough”? As far as I am concerned these commissions have gotten away with far too much including murder insofar as they are j part of the problem. They are the unindicted co-conspirators in the harm caused to the country to the extent they provoke anarchy via rigged elections. What real sanctions or penalties did the elections commission face 2007 when the IIEC bungled the elections that ultimately led to the slaughter and displacement of hundreds of thousands of Kenyans? NONE, ZERO; that MUST come to an end, NOW! What’s our recourse? What’s the remedy?

If I were in charge, my prescription is very simple, IEBC must be held civilly and criminally responsible for bungled elections. In incidents that result in wrongfully declaration of election results where IEBC officers are found to be negligent, incompetent or just outright corrupt, civil penalties must be imposed on their staff and paid out of their own pockets, that is addition to termination of employment. If such wrongful declarations result in violence of any kind then the IEBC officials should also be subjected to criminal penalties including long jail terms. I mean we have to restore confidence in the process and this is one of the surest ways to get their attention; currently the IEBC doesn’t even get as much as a slap of the wrist when they bungle elections; the politicians have caught on to this glaring loophole that allows them to co-opt and get in bed with the so-called “independent” commissioners, steal elections and then scapegoat the IEBC knowing all too well that nothing will happen to them, not any more.

IEBC IS NOT INDEPENDENT

IEBC acts like it is the law unto itself, they have taken their independence to mean that they can do as they please- whenever, however and with whomever – that MUST come to an end, IEBC must be compelled to operate within the confines of the law, their independence ONLY shields them from outside influence but going by what we now know, they are in the government’s pockets, bought and paid for. In this instance, as stated above, it has been alleged by NASA’s presidential candidate Raila Odinga that President Uhuru Kenyatta, his family members and his Jubilee party colluded with the IEBC officials to award the ballot paper printing contract to a company with direct links to the president. The only logical inference from this is that elections have already been fixed and outcomes determined way before the voters goes to the polls. It explains why Deputy President William Ruto has been going around predicting the 70% margin by which Jubilee will win by (how would he know?) – That is the nexus that we cannot ignore folks. All these campaigns are just for show, a stunt. , 70% the last going by Odinga’s record of credibility in unearthing Jubilee’s scandals after scandals and by the preponderance of evidence thus far, I believe Mr. Odinga.  I mean the audacity this action by the president and his party is simply stunning. The so-called “Independent” Electoral & Boundaries Commission is NOT independent.  This is a NO-NO any way you slice it and it is the kind of stuff violence is built on. We just witnessed Jubilee bungle its nominations with pre-marked ballot papers to nominate candidates who otherwise lost in a fair and transparent elections.

Hear me out – the emphasis on peace cannot be gainsaid but it is important to note that credible elections are a predicate to peace. Not condoning violence but it obvious that credibility in the election process supersede peace going by empirical evidence, in Kenya and elsewhere and so  It is counterintuitive for Jubilee or anyone else for that matter to be talking peaceful elections while their own actions incite violence; it is a non-sequitur. Peace cannot be achieved if elections are stolen, just that simple. By all indications IEBC is a deeply compromised entity at this time, so either fix it NOW or suspend the elections until public confidence is fully restored.

With less than 60 days to the elections, clearly there are plenty of reasons to be alarmed about not the least of which are the latest news of clear conflict of interest in the single-sourced obscenely expensive procurement contract to print ballot papers from a Dubai firm we are told is directly linked to the President and his family; we are told the tender to the firm was engineered by Jubilee and President Uhuru Kenyatta himself. We saw parties, include Jubilee, rig their nominations with pre-voted ballots just weeks ago. So this award can ONLY benefit the president and his Jubilee party, pure and simple. By the way the contract to the president’s friends will cost taxpayers KSh 2.5 Billion shillings or about 150.00 shillings per ballot printed. To give you some perspective that’s 15 times (1500%) more expensive than the cost of printing a $100.00 Dollar US note! Anyway I digress, I will address that elsewhere. But back to my point, whether it is true or perception, clearly, this cannot be allowed to stand. IEBC and President Kenyatta are intentionally courting anarchy and both MUST be stopped now to restore some confidence in the democratic process.

In this election cycle, the Independent Electoral & Boundaries Commission (IEBC) has made numerous strategic blunders – many of them arbitrarily, willfully and intentionally defiant of the statutes – that can only lead to either suspension of the elections or anarchy in other democracies elsewhere on earth. I don’t think the IEBC is ready to conduct Free, Transparent and Fair elections. The risk and countdown for violence increases exponentially by the day. And for that reason, I say POSTPONE the elections for a later date until such a time that public confidence in the process would have been restored, it is a better option than to gamble and risk violence in August.