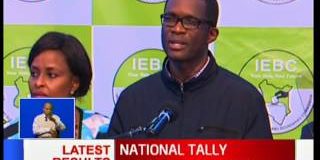 The recent ruling by the Supreme Court nullifying President Uhuru Kenyatta’s reelection has exposed the hopelessly dysfunctional underbelly of Kenya’s institutions.  Kenyans have known for decades how corrupt and messy the system is but to witness it play out in the manner it is playing out is stunning. Corruption is ingrained in society; it is part of the societal DNA. The political theatrics and somersaults we are being entreated to by both President Uhuru Kenyatta’s Jubilee and Raila Odinga’s NASA simply mean the country is far from a reasonable and just outcome as intended by the Supreme Court. The IEBC has been determined to be fatally flawed, a SCAM Agency that colluded with Kenyatta’s Jubilee to perpetrate a brazen scam on voters at the ballot box; left to its own devices as currently constituted, it will bungle the re-run again. To his point, Raila Odinga is exactly right to demand minimum reforms within the IEBC/SCAM Commission to ensure that there is no repeat of those shenanigans.  Thank God for the brave justices at the Supreme Court who had the temerity to stand for the truth and save the country from splintering but their work isn’t done yet and I am hoping that in their final ruling they will decree minimum standards that IEBC must meet in the re-run as well as issue sanctions against the dirty scoundrels/scam artists at the IEBC as both punishment and deterrent. I want them prosecuted, jailed and surcharged for the cost of their screw-ups otherwise we will be at the same exact spot on October, 18.

Kenya’s Supreme Court has demonstrated that it is the ONLY impartial referee with the authority, jurisdiction and discretion to bring about and sanity in the electoral process in Kenya for a just and fair outcome to prevail, especially now. It is not enough that they annulled Kenyatta’s so-called re-election, they have the authority and responsibility to make sure it mitigate future recurrence, Kenyatta and his Deputy William Ruto have directly threatened the justices for the ruling, they crossed the line as far as I am concerned. Notwithstanding Kenyatta’s coonery, I hope that the Court prescribes a fool-proof process and the necessary supervision to ensure that its orders are followed and that the process is fair and just to him, Raila Odinga and ABOVE ALL, Kenyans themselves. The court simply has to finish the job.

By definition, a special master is generally a subordinate official appointed by a judge to make sure that judicial orders are actually followed, or in the alternative, to hear evidence on behalf of the judge and make recommendations to the judge as to the disposition of a matter. In a limited scale, the Supreme Court actually appointed a master in the form of a supervisor to oversee the gathering of evidence that IEBC refused to disclose and Master’s report on IEBC’s conduct clearly informed the Court’s final decision. So in this context, it won’t be necessarily something new or groundbreaking however unprecedented it might sound to many; besides, so what if it is, the Court has original jurisdiction and final say-so in the matter, there’s no appeal to their decision, I say they should resolve this ONCE and for ALL.

I am fully cognizant that this is a new concept in Kenya or Africa for that matter but it is a necessary and effective tool employed by the Courts in the West, especially the United States, to ensure that court orders are complied with. Kenya’s new constitution is modelled after the United States and this will be a breath of fresh air to her jurisprudence, a great test as to how truly independent and effective the Kenyan Judiciary is.

IEBC MUST FORMULATE AND PUBLISH A NEW ELECTION PROCESS MAP

The objective is very simple, to remove the opportunity or incentive that allowed the IEBC to scam voters in the first place; this need not be rocket science, very simple changes can straighten the process without being overly disruptive or dismantling the entire staff at the IEBC. SO what would the court address in its final ruling that will mitigate cheating by IEBC? The Court, consistent with its determination and final ruling, could or actually should, issue the following stipulations: