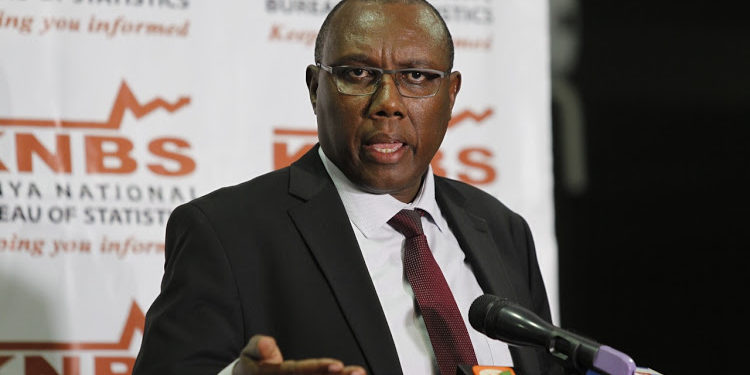 On or around November 4, 2019 the Kenya National Bureau of Statistics (KNBS) released the Population and Housing Census results for its population count conducted several weeks before. As predicted the results were met with immediate protests from leaders across the country who felt that the data was inaccurate; rigged and manipulated to advance partisan interests of the ruling class. Specifically, whereas the government recorded a total population of 47.6 Million Kenyans, a net growth of 8.9 Million (23%) new Kenyans from the last count of 36.6 Million Kenyans in 2009. The Kenyan government is notorious for its inability to count simple statistics; the fallibility of the government’s census results is as legendary as its perennial inability to count election results every five years and the outcome is as predictable as clockwork. It is important that Kenyans have confidence in data released by the government, it is a prerequisite for all else the government plans to use it for, lack of public confidence in this foundational report will breed more problems than it solves.

Census Definition – The United Nations defines a population census as “the total process of collecting, compiling, and publishing demographic, economic, and social data pertaining to a specific time to all persons in a country or delimited part of a country.” A population census t provides all levels of government, business, industry, media, and academia and independent organizations with critical social, economic and demographic information that is essential for making decisions regarding the many services each provides to the public. It is a key barometer is conducted once every ten years and results are a multi-purpose tool that the government uses for planning

Glaring anomalies – past and Present – This is not the first time the Kenyan government has faced criticism over population census results. In 2009, KNBS reported a population of 38.6 Million folks, a 35% growth from the previous count of 1999. In that report, KNBS reported a significantly abnormal upsurge of Kenyans of Somali origin that has remained unexplained and uncorrected to date. Specifically, results “from eight (8) districts, namely Mandera Central, Mandera East, Mandera West, Lagdera, Wajir East, Turkana Central, Turkana South and Turkana North, are anomalous, and exhibit population growth rates that deviate significantly from the patterns portrayed not only by the rest of the country but by their respective neighboring districts as well.”, KNBS. The 2009 Kenya Population and Housing Census: “Counting Our People for the Implementation of Vision 2030”. In the present (2019) report, there is a widespread outcry across the country of data manipulation. Areas that traditionally report population growth such as Kisii for example flat-lined in its population in the last ten years, some areas posted an average of ONE (1) birth a day or less in the last ten years while other areas such as Central where there have been a national uproar by the local women and leaders of the men’s inability to sire children due to alcoholism reported the most significant rise in population, Kiambu for example (ironically where men reportedly have failed to sire offspring) an explosion in population, a 49% growth!! It is hard to reconcile these huge discrepancies.

Intentional Misstatements & Suspicions – To an untrained eye these mishaps can easily explained away as normal statistical distribution at best or worse, be attributed to incompetence but to a discerning analytic, these are NO happenstance at all; they are deliberate data manipulation by the powers that be to suit their economic and political interests. In the current report, the skewing of population distribution by KNBS is significant enough that locals and their leaders have taken notice and raised alarms. Now I am not Albert Einstein but this appears a blatant data manipulation designed to benefit a few at the expense of the majority. Indeed the demarcation of Administrative and political representation districts was based on this report was ultimately used to disproportional allocation of scarce resources to these sparsely populated areas at the expense of more densely populated and deserving areas of the country.

In areas such as Kisii and elsewhere in the country, there are ramblings among leaders and the locals who argue that they have been shortchanged in the count and they are very much alive to the fact that by extension they will, by extension, be shortchanged in resource allocation. On the other end of the spectrum Kikuyu politicians are already clamoring for additional representation in the legislatures as a condition precedent for supporting Kenyatta’s impending “Building Bridges Initiative”.  Folks we have to see and call this for what it is, a mistake. In fairness, some have argued that those areas reporting high population growth such as Kiambu have been buoyed by an influx of new people immigrating from elsewhere but migratory patterns alone cannot explain the glaring huge anomalies. The fact that President Uhuru Kenyatta and the Director General of KNBS in charge of the census Mr. Zachary Mwangi hail from the region reporting the highest population growth in Mt. Kenya a.k.a. Central Kenya only compounds the suspicion that the report has been manipulated, is unreliable and untrustworthy and CANNOT, therefore, form the basis upon which the government plans and allocates national resources. The government has a lot of explaining and correcting to do to restore Kenyans confidence in the report.

Disproportional Wealth redistribution – Manipulation of census data translates into manipulation of national resource allocation and political representation, this means disproportionate and inequitable wealth redistribution of tax resources to population who otherwise do not qualify for such distribution and robbing those who rightfully deserve them, it creates resentment and economic disparity. Additionally it unfairly skews the balance of power by way of political representation and public office appointments where policies are made. In the United States, population census invariably lead to reapportionment of congressional house seats followed by redistricting within states, the implication is huge because tax resources allocation follow representation and so it is extremely important that the data is accurate.

Mitigate Data Manipulation – Short of cancelling the results altogether, it is incumbent upon the government to allay the widespread lack of public confidence in the report. Fortunately the government has multiple tools to do just that and it should start, forthwith, with the most obvious reconciliation of the report. For starters the government MUST fully disclose the ETHNIC composition of the count. Additionally, the government must reconcile the count with known data it has collected over the years including registration of births and deaths, hospital records, the HUDUMA number biographic records it recently collected across the country, the voter registry, school enrollment in each of the locales it counted people as well as well as any data that will help restore public confidence in the census report otherwise will be yet another reason for discord and ethnic resentment fueled by the government itself. I say change course now.