Prediction: Kenya’s Supreme Court Will Restore Public Confidence & Rule Of Law In Presidential Elections To Save The Country 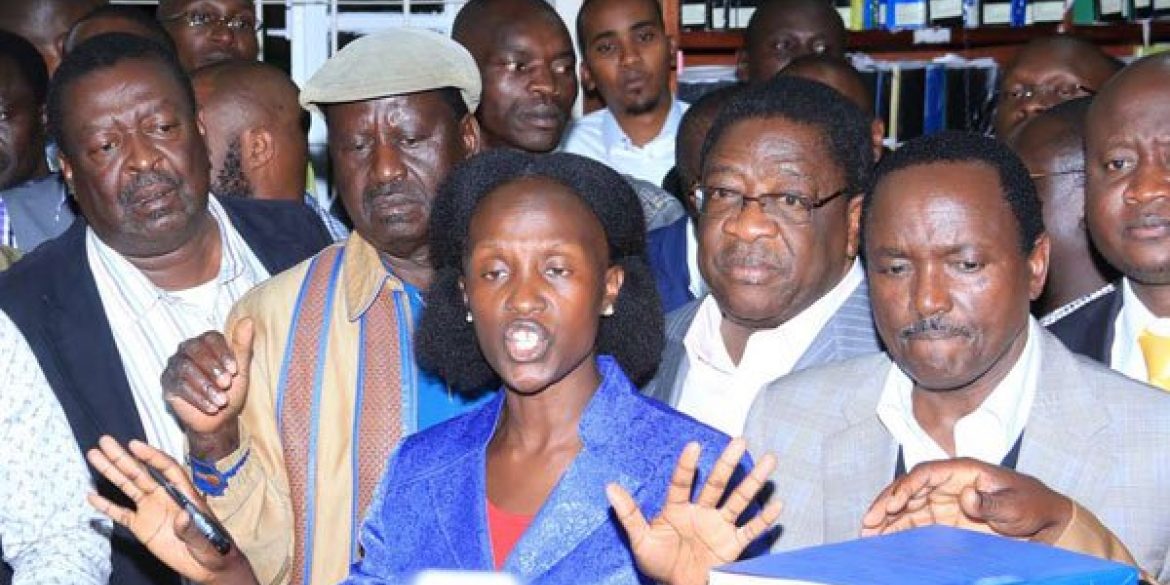 Most Kenyans would agree with me when I say enough is enough! Kenyans are tired of being the butt of electoral chicanery and being scammed out of their political will by electoral commissions working in cahoots with the political elites every election cycle, this has to stop now, once and for all! This is not sustainable! Whether IEBC rigs elections deliberately or by sheer incompetence or a combination of both is irrelevant at this point, it just has to stop. And it is NOT about NASA or Jubilee or Raila Odinga or Uhuru Kenyatta; it is not just the candidates who are robbed of victory but the Millions and Millions of Kenyan voters whose only chance of expressing their political voice is once every five years and faithfully perform their civic duty by lining up for hours and hours at polling stations and finally casting that ballot and then hopelessly watch the electoral commissions repeatedly rob them and make a mockery of their democratic right to elect the leader(s) of their choice, time and time again. We demand the truth, we want the will of the people respected and upheld, an accurate count of ALL votes and each VOTE counted exactly as the voter intended it to be counted. It is an imperative that the Supreme Court, as the last harbinger of justice, preserve the integrity of the vote because the country faces existential threat if the will of the people keeps being unjustly snatched from them. Kenyan voters must not be mocked any more. This culture of presidential results contested every time Kenyans has become too much of a common theme for our society to bear, it is unsustainable.  I blame this pattern that repeats itself every election cycle like clockwork on weak laws and frankly, a weak or compromised judiciary, this phenomenon should be a think of the past by now.  That we have an un-accountable and un-elected so called “Independent” Electoral & Boundaries Commission (IEBC) that makes rules as it goes and acts as the law unto itself has significantly eroded public confidence in the electoral process in Kenya is an understatement. I expect the Court, which has original and final jurisdiction to assert its authority and reverse this trend.

A court supervised full Recount – The court, at its discretion, could order a full recount of all the ballots, polling station by polling station and results declared/announced consistent with the original Court of Appeals ruling,. This will be the least expensive and least risky ruling for the country and will allow an accurate counting process that will also flush out any ballot tampering, ballot switches, spoilt votes, ballot stuffing. This will also compel the IEBC to reconcile between the votes cast and its ballots inventory. Elections are manual – I have always insisted on manual voting and tallying, let’s keep it that way to remove any incentive for cheating merely on transmission of results, I still can’t believe that a simple step in the electoral process can be so adulterated and so compromised in such a way to sway an election outcome and fool the public as we just witnessed. How stupid are we as a people if we allow ourselves to be manipulated in such a crude manner? Will the Supreme Court also fall prey to these machinations? I hope to God NO!

Split decision: The Court, in its infinite wisdom, could declare IEBC results invalid and order a new election but stay its order contingent on the outcome of the recount. In other words, if the supervised recount is certified as fair and accurate, then there won’t be a need for another election but if the counts are determined to be irreparably or fatally flawed, then there will be an election in 60 days following such a determination. This would be historic, a Solomonic first in Kenya’s jurisprudence but also just and fair. Remember, the Supreme Court has original and final jurisdiction in this matter and ultimately, the Justices will most likely opt for a ruling that’s recognizes that indeed there are endemic in Kenya’s electoral process and they have to live with the consequences of their decisions as Kenyans. I don’t see a scenario where the Justices endorse this rot and live with themselves.

Declare the elections free and fair – I think this is very unlikely given what we now know and following the events timeline leading to the elections starting with the IBEC ICT Director Chris Msando’s kidnapping and subsequent events outlined elsewhere and below. It will be an indelible error in judgment if the Justices let stand the sham that’s the 2017 presidential elections, I am convinced that they are equally interested in the truth.

Outright declare the elections results invalid – Revelations after the elections paint a gloomy picture of the vote counts. For example, in two constituencies in Bungoma, Webuye East & Webuye West, IEBC gazetted seven MCA losers as winners, https://www.standardmedia.co.ke/article/2001252409/winners-puzzled-after-iebc-publishes-erroneous-list-of-members-of-county-assembly . This is a BIG deal because it is emblematic of a systemic problem within the IEBC, it amplifies NASA’s claim against the commission. And there are tones more where that came from.   I didn’t expect IEBC to find a way around court rulings and to make such a blatant mockery of the Appeals Court ruling and to be of appeal ruled but they did find a way to mock the ruling and the, I expect the Supreme  court to stamp its authority to uphold the letter and spirit of the law in this matter  send a clear and strong message to the IEBC and future commissions that stealing elections, ignoring the law, making a mockery of the courts will NOT be tolerated, not now, not in the future

NASA Needlessly verbose – I don’t think NASA needs 25,000 pages of petition material to prove its case, I think that’s overkill. It is not the quantity but the quality of their work that will determine the case. The threshold in civil cases is the preponderance of evidence, in other words, NASA’s burden of proof is to provide convincing evidence that is probable and truthful or accurate, it is not on the amount of evidence. In criminal proceedings the standard is much higher, proof beyond a reasonable doubt. So NASA is straining itself needlessly and might actually paralyze the court’s decision making process by overwhelming it with too much data, the court has statutory time constraint (ASININE I might add, I don’t what court determines a case of such magnitude in 10 days unless they are rushed to a decision).

Conversely, for this election to upheld as credible and valid, the Supreme Court must be convinced that IEBC acted lawfully and followed the LETTER & SPIRIT of the law and all attendant court rulings pertaining to the 2017 elections; that it did not pull a fast one on the voters or try to; that it was not under any outside influence to sway its work one way or the other; IEBC must convincingly reconcile its ballot counts; that Chris Msando’s kidnapping and murder had no effect on the results the commission relayed. The Supreme Court must not allow itself to be fooled, bullied into submission or intimidated because these Justices are Kenyans who have to live with their decision.. Specifically, IEBC’s burden must cover the following causes upon which the supreme court can grant relief jointly or severally, in other words each of the following grounds, on its own, is sufficient enough to rule on whether the IEBC conducted a fair election or not: