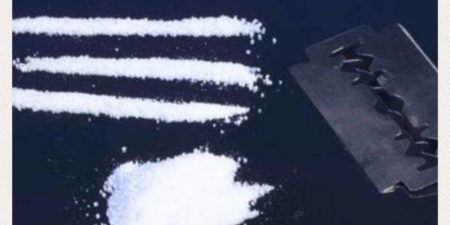 Kenya is dithering between a great democratic breakthrough that can be modelled after in Africa and a disastrous political fallout that could easily break the country into two. The nullification of President Uhuru Kenyatta’s August 8 “reelection” by the Supreme Court offered Kenya the best opportunity to get its act together and straighten out its electoral process right but all sides have doubled down on stupid. The ruling Jubilee, the beneficiary of the Independent Electoral & Boundaries Commission (IEBC)’s mistakes in the last election insist on not only retaining IEBC to manage the repeat polls but have taken their cause a step further, using its majority in parliament (many of whom were frankly rigged into parliament and are beholden to their party honchos who sponsored them), they have crafted new laws in parliament to make sure Kenyatta retains the presidency at all costs. NASA, on the other hand, insists on minimal changes, frankly very reasonable and attainable, to ensure a clean election, whenever that is. IEBC is deeply divided within its ranks and is hopelessly dysfunctional. And that my friends is the conundrum, a problem emblematic of the systemic rot that bedevils the country as a whole. We all know what the problem is and how to fix it but left to their own devices neither Jubilee nor IEBC will do anything at all to fix the problem, NASA’s Raila Odinga is equally powerless to make the changes the country so desperately needs. In comes the envoys to break the impasse and how have they performed?

I am sure the envoys have heard of Jubilee’s “WEMBE NI ULE ULE” taunts and I am sure they are smart enough to connect the dots, to understand what that really means in this context. I am also sure they understand the risks involved in such a deeply divided country and so as Jubilee works feverishly to consolidate its powers in parliament and the executive, Western envoys came out and spoke out against Jubilee’s moves, rightly so. Jubilee maintains that the new laws are needed to comply with the Supreme Court’s ruling but as the envoys properly noted, the Supreme Court did NOT find the law itself at fault at all and therefore negates the reasons which Jubilee wants to create new election laws.  Of course we know the new laws are self-serving designed to legitimize ballot stuffing by Jubilee and the envoys did well to call them out. However, the envoys failed to also demand minimal changes at the IEBC to ensure a clean election that will restore public confidence in the process. Their original call for credible elections before August 8 clearly fell on deaf ears then, additionally these envoys were some of the first to congratulate Kenyatta for his “reelection” and to praise IEBC for conducting “fair and free” elections, my question is, whose side are these envoys on? Someone please explain that to me.

REPEAT ELECTION WITHOUT CHANGES AT THE IEBC IS MEANINGLESS

In the same statement issued by the envoys, they referred to Raila Odinga’s demands for minimal changes at IEBC as “baseless”. Really? Baseless?? The IEBC bungled the elections on August 8 and got us in the mess we are in now, how then can the envoys call making personnel changes to an admittedly incompetent and severely compromised staff, especially CEO Ezra Chiloba, baseless? It is a non sequitur, completely inexplicable. Chiloba must be removed before a repeat election can be held. It is a REASONABLE demand and not “baseless” as the statement by the envoys portrayed it. I would argue that it is Jubilee’s best interests to also advocate for changes at the IEBC especially if they really want Raila Odinga to go away.

Would Ezra Chiloba be allowed to manage a presidential election or any election for that matter in their home countries after his abject failure on August 8 in Kenya? This is the question that western envoys need to answer truthfully. We all know the answer, Chiloba would not be allowed anyway near any poll management facility, he would have been fired and most likely prosecuted for the illegalities he committed in Kenya’s elections. My point is, if Chiloba wouldn’t be allowed to conduct elections in their home countries, why do they think it is OK for him to conduct a repeat election in Kenya? Chiloba is beholden to Jubilee, IEBC is equally an appendage of Jubilee, even the offer to IEBC by United Nations Development Program (UNDP) to print ballots had to be reviewed by Jubilee first, which of course promptly turned it down. So who is fooling who? Perception is reality, especially in politics – Jubilee is not independent. What’s more, just last week, Chiloba, rubbing salt to injury, lampooned the Supreme Court’s decision and said the Supreme Court got it wrong because they relied on “forged” documents to overturn the elections. Does this sound like someone who owns up to his screw-up much less appreciates the gravity of his screw-up? Of course not. Chiloba’s intransigent arrogance is that of an emboldened man who has the highest protection and backing possible, which he does, from Deputy President William Ruto but truth be told, Chiloba is UNIQUELY UNQUALIFIED to oversee any election in Kenya let alone a repeat presidential election and so if the envoys truly want to help Kenya, if they want to put their immense influence to good use for the good of Kenya, they need to stand with the people of Kenya, not the parties, not Kenyatta or Raila. Let them insist on the removal, at least the suspension of Chiloba, Kenya has 45 Million people, I am sure there’s at least one person who can take his place. Envoys need to show fidelity to Kenyans themselves and insist on a fair process that they would advocate for in their own countries otherwise they should reevaluate their stand on whether or not they are part of the solution or the problem.

Before August 8, I was one of the very few who insisted on postponing elections because I didn’t think the IEBC was ready and it was clear it wasn’t independent. I wish I would be proved wrong but I have been vindicated. Unfortunately it is not the type of vindication I can brag about because it is a sad reminder of how far off we are as a country. Elections are not only expensive but in Kenya it is literary the difference between life and death to some whose lives are cut short needlessly through no fault of their own. The IEBC continues to compound the problem and when Western envoys appear to look the other way instead of using their immense leverage to steer the country in the right direction, invariably lives are lost. So at this point, I say HOLD OFF on the repeat election until you get it right. My hope was that the Supreme Court would appoint a Special Master to oversee the conduct of the election consistent with its ruling but they failed to and now we are in the same exact spot we were before August 8. So RAILA ODINGA is right to boycott the election if IEBC insists on going forward with the election but let them do so knowing that that they are sinking the country into a deeper crisis instead of helping all the citizens pull past this tense season. You cannot dismiss a population of 22 Million plus people and so the prospect of a split of the country become a closer reality each passing day unless it can be mitigated now. Self-determination is still an option.