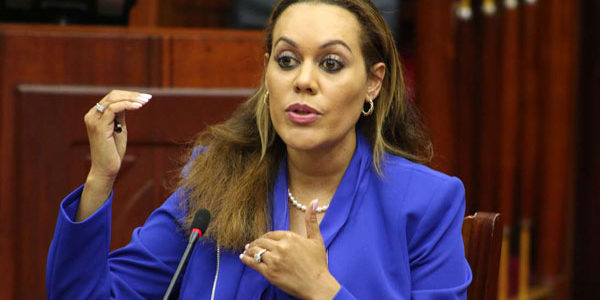 President Uhuru Kenyatta’s nomination of Ms. Mwende Mwinzi as Ambassador to South Korea is the closest the Kenya’s government has reached in recognizing its Diaspora value to Kenya. Ms. Mwinzi, a Kenyan American born to a Kenyan father and an American mother is Kenyan as the come. That means she has full rights and privileges of any citizen including the right to serve in public office in any capacity. To many Kenyans, especially those in the Diaspora, it is the clearest signal yet that President Kenyatta is reaching out to the Diaspora and picking the best talent he can find to help him represent the country and in Ms. Mwinzi he found one of the most talented and beloved Kenyans in the Diaspora whose knowledge, expertise and philanthropy toward Kenya’s underprivileged speaks volumes. Her desire to serve Kenya cannot be gainsaid as evidenced in her recent run for Mwingi West parliamentary seat. So there is no question with respect to where her heart is and as Kenyans, hers is a talent we all should embrace and we applaud the president for recognizing this in her by appointing her to represent Kenya in South Korea.

And so it is such a disappointment that Parliament a.k.a “the theater of the absurd”, decided to hold up Ms. Mwinzi’s appointment on account of her citizenship or more accurately, dual citizenship. The MPs conditionally approved her nomination contingent on her renouncing her US citizenship to accept a temporary ambassadorial job that by all accounts may last a maximum of three years,  Mwende Mwinzi asked to renounce her citizenship before assuming her Ambassadorship. You got that? This lady whose talent and connections are a treasure that anyone of sound mind would readily embrace who has graciously offered her services to the country is being required to renounce her US citizenship and the lifetime of benefits and value she has accrued since she was born in order to serve Kenya for three years! I can’t find a better illustration of insanity as parliament’s conduct in this case. I think this once again lays bare Parliament’s superficiality vis a vis the constitution that they are supposed to uphold and frankly outright dereliction of duty and explains why most of them get voted out of office after the first term.

An MP did in fact insinuate so during her vetting in Parliament. One would be forgiven to think it was in jest for comic relief but they were serious in raising the prospect of Ms. Mwinzi spying on Kenya in her new assignment to South Korea – just bizarre and absurd. Ms. Mwinzi handled it perfectly in allaying their concerns, however misplaced they were. Notwithstanding, this raises even more questions for the MPs because divided loyalty cannot possibly be a genuine issue in this instance. I mean what possibly could she steal from Kenya that would benefit South Korea? Military and or trade secrets? Kenya is a net importer of practically everything from toothpicks to Military equipment. So what exactly is left so secretive in Kenya that would Ambassador Mwinzi spying about? Nothing! To put this in perspective, if the United States had similar restrictions she wouldn’t be the superpower she is today, she wouldn’t have won WWII. Almost every nation on earth is represented in the US Military by their nationals/citizens who help secure their adopted homeland, America. During World War II, German scientists immigrated to America and helped build the Atomic Bombs that ultimately ended the war in America’s favor. Great businesses in America were started and are run by immigrants. My point is that if the world’s superpower embraces other nationalities to participate in their military, arguably the most secretive and sensitive undertaking of any country, Kenya has no reason to disqualify its own citizens from serving in any capacity especially innocuous positions such as Ambassadors in Ms. Mwinzi’s case. It is absurd, just silly.

Kenya’s parliament is notorious for invoking the constitution and statutes to exploit citizens and bar them from opportunities they are otherwise entitled to but have exempted themselves from those rules, Ms. Mwinzi’s case is just but one of the many examples. Whether it is their salaries that they allocate themselves, their recent brazen daylight robbery of taxpayers in the form of illicit extra house allowances that are disallowed under the law- MPs and senators vow not to let go of house allowance, inflated mileage claims and all the other self-arrogated benefits charged to taxpayers involuntarily, truth  is MPs stop at nothing to benefit themselves at the expense; if the law prohibits it they bend it as they go along to suit their interests or worse, just brazenly break it, mtado? As far as they are concerned, they are the law unto themselves and above it and they have no qualms letting us know they are in charge. There are a slew of other infractions parliament has failed to address not the least of which are the constitutionally mandated gender equality, Diaspora voting And yet here we are   yes that includes breaking the law to achieve what benefits them personally but not the rest of us law doesn’t apply to them because they get theirs th and extras rough hook and crook dereliction of

It is clear that the MPs misapplied the constitutional provisions on dual citizenship in Mwinzi’s confirmation. The constitution has no definition of “state officer” nor does it make a definitive distinction between a public officer and state officer. It is conflicts itself and thus lends itself to wide interpretation or in this case misrepresentation and abuse, remember interior Minister Matiang’i misused the constitution to deport Kenyan born citizen and Nairobi’s 2017 gubernatorial candidate Miguna Miguna for crying out loud. So it is clear the law in Kenya is inoperable. This is what it says in pertinent par(s):

78. (1) A person is not eligible for election or appointment to a State office unless the person is a citizen of Kenya.

(2) A State officer or a member of the defence forces shall not hold dual citizenship.

(a) judges and members of commissions; or

by operation of that country’s law, without ability to opt

That said, even granting, for argument’s sake that the MPs got it right, the document they are relying on is irredeemably flawed for exactly these types of anomalies that it is now in the process of being replaced they are in the process of amending the document but in the meantime we have to make do with what we have. The document does NOT bar anyone in Mwinzi’s shoes from serving because it is nebulous in its definitions and application. defines and delineates that   Kenya needs Mwinzi more than Mwinzi needs her and As someone who opposed the document I feel vindicated because truth is the document has been deemed irredeemably flawed and need changing but even granting that it was a perfect document as it was sold to us, truth is in this case MPs are either purposely scapegoating the constitution to deny Mwende the opportunity or simply doesn’t understand it and are therefore misapplying it or both. Either way, this needs to change.

In closing, the fact is Kenya needs Ambassador Mwende Mwinzi more than she needs Kenya; as a member of the vast marginalized Diaspora community I believe I speak for most of us by stating unequivocally that Parliament should come to its senses and approve Ms. Mwinzi’s nomination UNCONDITIONALLY. PRONTO please.