WHEN ENOUGH IS ENOUGH – DISPOSING THE RUTO MENACE Part 1 of 2 – Disengage, Dislodge & Disable 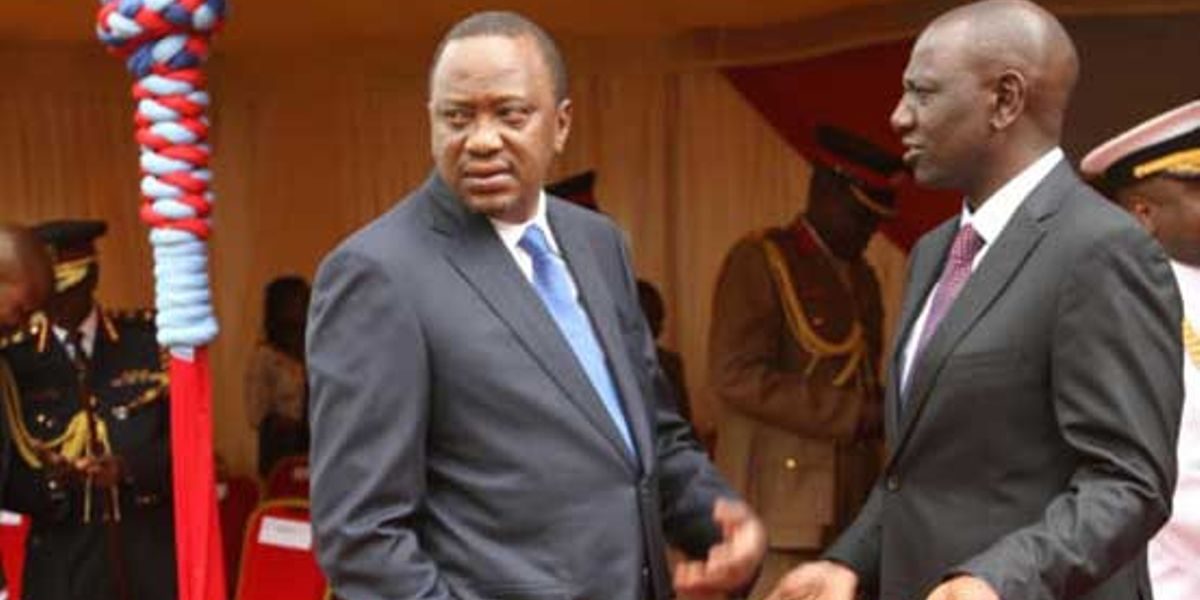 In life change is constant, there is a season for everything, a beginning and end and the rapidly evolving developments in Kenya’s political landscape spells an end for a prolonged season of endless intrigues that pit President Uhuru Kenyatta against his Deputy William Ruto and a beginning of a new chapter in the remainder of President Uhuru Kenyatta’s administration. Truth is the writing has been on the wall for a long while and dragging out the inevitable breakup between President Kenyatta and his Deputy William Ruto in untenable. This breakup has distracted the president from attending to urgent priorities while putting the nation at heightened tensions when the country least needs it. It appears that finally the opportunity has presented itself to finally unravel and end the quagmire in Jubilee so when the country finally emerges from COVID-19, the President can focus on economic recovery and less on politics.

Kenyatta has less than a year to effect any real and meaningful changes or risk being the least successful president of all. In this installment we examine what President Kenyatta need to do to speed up his unduly prolonged unwinding of his Deputy as orderly and fast as it is practical so he can focus on the task at hand of managing the COVID-19 pandemic and resuscitating the economy.  As it is the government has come under severe criticism over its response to COVID19, police brutality, home demolitions, allegations of corruption, a fast crumbling economy, etc. etc. the president simply need to right this sinking ship calling Kenya, not Ruto and the drama in Jubilee.  To many observers the raging global COVID-19 pandemic is to the world’s health what William Samoei Ruto is to Kenya’s governance – they both pose an existential threat to the world and Kenya as a country in particular. As the ruling Jubilee party unravels, most of its dysfunctions can be traced directly to Deputy Ruto and his obsession with replacing/succeeding President Kenyatta. He’s incessantly consumed with becoming president by hook or crook, an unfortunate trait that has severely hamstrung the president’s ability to deliver on his own pledges to Kenyans. He has dedicated immeasurable amount of treasure and effort on a 24/7 campaign, directly and indirectly through well paid proxies to advance this agenda. Besides his self-proclaimed distinction as a “HUSTLER”, the quintessential Ruto, is also reputed as disruptive, abrasive, rude, arrogant, belligerent, a meddlesome interloper, anarchist, antagonist, sanctimonious, Hustler, rebellious, manipulative, insubordinate, saboteur, divisive, lawless, demagogue, corrupt, out of control, murderous, etc. Now if you roll all these adjectives that aptly describe Ruto, you get quite a determinedly one man-wrecking crew that can truly do a lot of damage if allowed. Luckily it seems that Kenyatta finally has decided to throw the gauntlet and put an end to these shenanigans once and for all. If I were to advise Kenyatta on what to do here is what I would tell him.

Swift & Decisive removal – Perhaps the best advice or dare (depending on who you ask) to President Kenyatta on how to handle the unraveling of Jubilee Party came from Nandi Senator Samson Cherargei  who aptly challenged the president to act decisively once and for all and remove the rebel Ruto and his loyalists from office now and not drag this out needlessly, makes perfect sense.

This government is spending too much time, resources and focus on one man that would otherwise be better spent solving the country’s problems. One of US President Donald Trump’s most effective tool of governance is his swift decision making and follow through. Right, wrong of indifferent President Trump minces no words and it is a great brand attribute that helps him adept and nimble in governance. He will fire you at the drop of a hat and quickly move on to the next person/agenda item. He’s seldom distracted by chatter and is able to quickly get back on track. Everyone around Trump knows he stands and that he is a no-nonsense guy, friend or foe, they know not to mess with Trump. At least on this instance, President Kenyatta needs a little of Trump in him and move with Trumpian swiftness in mitigating the Ruto menace. The Post COVID-19 must be devoid of political distractions, especially William Ruto distractions. So President Kenyatta has limited options and a very short window to effect the changes so desperately needed so he can get back to governing and focus on economic recovery. He must not squander this one time opportunity to clear up the Ruto menace that’s fogging up and jamming government functions; he must decisively and swiftly act NOW. Simply put, Kenyatta cannot afford to drag this out any further, he has to act now.

Disable Ruto’s ability to wage war and or destabilize the state – President Kenyatta has embarked on a cleansing exercise to drain the swamp in government, complete the job, don’t half-ass the job.  Ruto is a man of means, he has amassed Billions upon Billions through corrupt means over the years, most of it in recent years as Deputy President. He is so fraught with corruption that the president had to acquiesce to public outcries and promised a “lifestyle audit” to placate their cries. The president’s promised audit never came to pass and this is the most opportune time for that to happen. Ruto’s team will be hell-bent to mount an aggressive comeback that will most likely be disruptive, noisy and destabilizing to the country at a time we can least afford such. It is their right to do so but let them do it on their own dime, not money stolen from taxpayers. The people’s money should be used to advance their common welfare and not to undermine it. So I say Ruto and his proxies should be kept busy explaining the source of the wealth they have been splashing around and whatever else they own that doesn’t match their known source of income. The Kenya Revenue Authority (KRA) and the Ethics and Anti-Corruption Commission should be busy on the job as we speak. A recent ruling by the Supreme Court gives these agencies wide latitude and leeway to seize unexplained wealth, so no more excuses. LIFESTYLE AUDITS NOW.

Reconstitute your Administration – It appears that this is underway already and so no need to belabor the point, to the president I say get likeminded smart people to help run the government, resuscitate the economy and help advance your BIG-4 agenda in the remaining two years of your term.

In the second installment I will expand in detail the reasons why William Ruto has better chances of ending up in a jumpsuit at lockup than in a presidential suit at statehouse. Stay tuned.