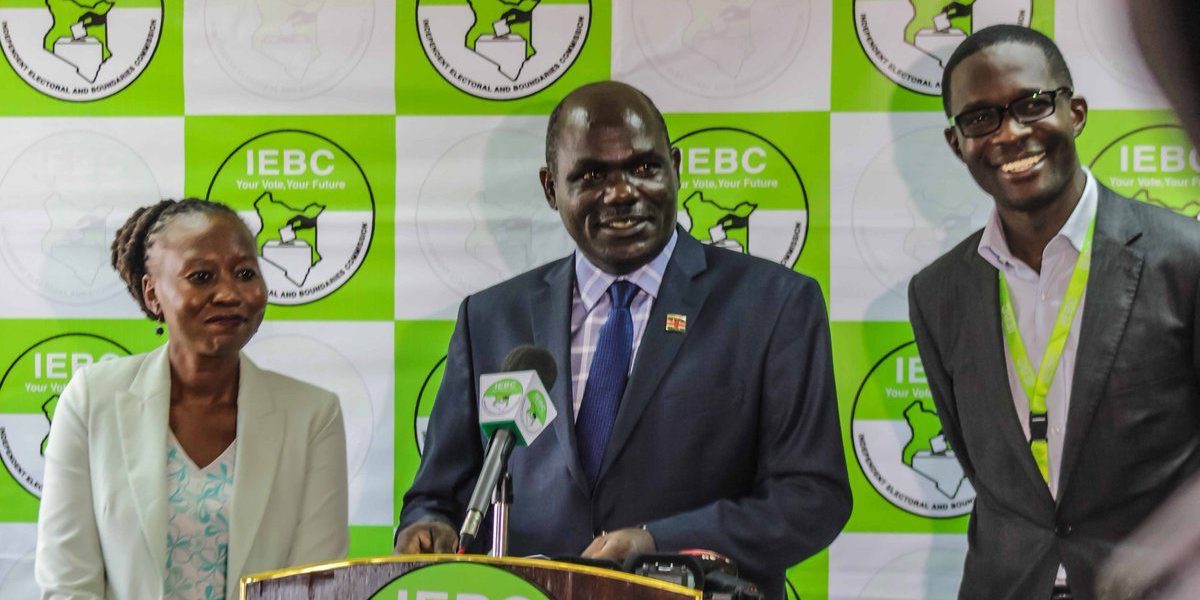 Kenya’s 2017 General election season is coming to a close, THANK GOODNESS! But as the saying goes it is not over until it is over and so we brace for impact. That winds of change are blowing in this election cycle is undeniable and more the reason that we must remain vigilant to ensure that the sanctity of the vote and the people’s will is upheld at the ballot box as this every five-year ritual draws to an end. Again, it is imperative that we have the proper ending. As we brace for impact so to speak, the Independent Electoral & Boundaries Commission a.k.a. IEBC’s responsibility to deliver fair and credible elections cannot be overstated. Kenyans have a minimum set of expectations, actually just ONE. Fair, credible and transparent elections and an honest count, that’s it. To that end, we all demand, at the very minimum the following common sense conduct by the IEBC.

IMMEDIATELY RELEASE ALL RESULTS FROM THE POLLING CENTERS

I am encouraged by IEBC’s recent announcement that they will announce poll results LIVE i.e. in real time and from the Polling Centers because this will go along long way in reinstating calm and confidence in the process. The question is whether or not they will actually follow through and it is our job to keep the pressure and insist that they deliver on their mandate. As we all know the Jubilee regime has repeatedly threatened media outlets that announce poll results before the IEBC does of dire consequences including cancelling their business licenses, that threat is a first ever in Kenya. Historically poll results have been broadcast live, as soon as polling stations are closed, so we are demanding that the IEBC maintain that tradition. Jubilee’s threat to revoke media licenses for announcing results effectively gags the media and undermines freedom of expression. Don’t be a part of that because doing so will only advance the narrative that the IEBC in NOT independent but an extension of the Jubilee regime; this is the BEST opportunity for IEBC to truly assert its INDEPENDENCE and to restore public confidence in the electoral process.  The question I have is very simple, why does the Jubilee government dictate to Kenyans when results can be announced if indeed this is an IEBC mandate?

Provisional Results – Release results from each station IMMEDIATELY following the end of polling. Prove to Kenyans that you are indeed independent of the Jubilee government. These are provisional results pending verification and reconciliation of ballots and resolution of any attendant disputes.

Certification of poll Results – Once the ballots have been fully reconciled then the IEBC declares the results as final. Any subsequent disputes at this point will be addressed through the courts.

Every Vote counts – IEBC declared that the maximum capacity per polling center is 700 voters; naturally it means there is absolutely no reason why any voter should be denied the opportunity to vote on Election Day. There are a total of 40, 883 polling stations in the country, too many to be frank with you and it explains why Kenya’s elections are one of the most expensive in the country because the math doesn’t add up – if there are 19 Million voters and each polling station is allowed a maximum of 700 voters, and assuming 100% voter turnout (which never happens), then we only need about 27,000 polling centers, not 41,000. Be that as it may, we have more than enough polling centers, so make sure everyone who gets in line to vote is afforded the opportunity to vote.

Head-count – Allow the parties, ALL Parties close proximity to the polling stations if they so choose. If NASA wants to keep its “Adopt a Polling Center” volunteers to conduct a physical/visual head-count at polling centers, so be it, let them. I can’t think of a better way to help reconcile poll results with the actual headcounts per polling station, it is another layer of transparency.

FULLY ACCOUNT FOR ALL BALLOTS PRINTED, CAST AND UNUSED

We all know how contentious the issue of ballot printing has been, I need not belabor the point but IEBC must have a mechanism in place to fully account for the ballots it printed, issued to voters and the vote count. I hope they have a reconciliation template in place already for audit purposes in case of disputes (which we all know there will be). Don’t leave anything to chance, I expect a detailed Ballot Reconciliation both at the local (polling station) and national levels.

BBI -YES OR NO? UNPACKING THE TRUTH ABOUT THE BBI REPORT (Part 1 of 4)
December 24, 2019
CONNECT WITH US
Recent Posts
Recent Comments
Meta
Go to Top