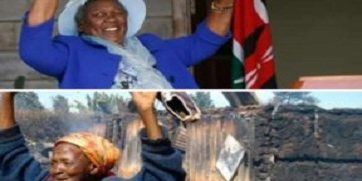 On Saturday April 16, the Jubilee government has announced a major victory rally at Afraha Stadium in Nakuru to “thank Kenyans” following the “exoneration” of Deputy President William Ruto from the ICC for his role in the 2007/2008 Post Election Violence (PEV) in Kenya. I think it is a big mistake, granted nobody in infallible including the president or his deputy but as the saying goes- timing is everything- this victory lap coming on the heels of the ICC mistrial is awkward and misplaced. Before I delve into why I think this move by the government is wrong, I acknowledge that last week was certainly a good week for William Ruto, obviously. After years of twists and turns in his case at the ICC, several missing or murdered witnesses while others were forced to recant their testimonies and insurmountable taxpayer funded interference or lobbying as the government calls it,  Ruto was finally let off the hook for crimes against humanity for the heinous rampage that killed and maimed thousands of innocent Kenyans. But let’s be very clear, unlike in President Kenyatta’s case where charges against him were dropped by the prosecutor, charges against William Ruto were NOT dropped nor was Ruto acquitted of the charges as some in Jubilee would want you to believe- instead the court’s declared a MISTRIAL, not an exoneration or an acquittal, again, it was a MISTRIAL. There is a big difference, by definition, a mistrial is a courtroom trial that has been terminated prior to its normal conclusion. It has no legal effect and is considered an invalid or nugatory trial. That said, it obviously must have been a big relieve for Mr. Ruto and his family and supporters – I get that and I fully understand, so I’m not mad at them at all but it is a hollow victory.

Insensitive to gloat for circumventing justice – That said, unlike President Kenyatta who did the right thing by quietly walking away from the fanfare when charges against him were dropped, Ruto hasn’t and I cannot understand why they are parading this issue with victory laps at the public square for Ruto. In no way do we know with certainty whether Ruto is guilty or innocent but there is plenty incriminating direct and indirect evidence that was suppressed in this case. I am NOT in any way minimizing or trivializing Ruto’s fortunes- I just think that this Afraha victory lap by Ruto and the state, essentially gloating that they succeeded in beating the system is in poor taste and it offends our collective moral sensibilities as a society, in my view it is an insult to the victims and only serves to open wounds instead of letting them heal. it is insensitive and just wrong.  I think it is just as wrong for to position himself as a victim, which is what he did  when soon after the mistrial, he declared that he had “forgiven” his accusers, Ruto “forgives” his accusers? I don’t even know what that means.  I think it sends wrong message, that they are rich, powerful, and invincible and they can manipulate their way out of anything.

I have searched deep in my conscience for a reasonable rationale of a cash strapped State spending millions upon millions of shillings to gloat at circumventing justice in celebrating Ruto’s mistrial and I can’t find any, not when we have thousands of innocent Kenyans lying in their graves through no fault of their own as a result of the crimes Ruto is accused of- in my view these are the people whom should be the state’s attention and primary focus instead- especially now; there are mothers who will never see their children walk through their front doors like William Ruto’s mother does every day, isn’t that celebration enough? Like most of you, I saw in the media, pictures in the media, especially the juxtaposition of Ruto’s mother beaming with joy that her son is free and doesn’t face the threat of jail in a foreign land for these crimes (and the mother has a right to be happy by the way) and that of a mother crying in agony at the loss of her loved ones burned to death at Kiambaa and the contrast is heart wrenching- I couldn’t help imagining what she and other mothers whose children were killed must be feeling when they saw those pictures- there are fathers, sons, daughters, sisters and brothers who will never get that one last hug or the opportunity to say goodbye to their loved ones, like most Kenyans, those are the ones I worry about. I think of the images of the burning church in Kiambaa or the permanently scarred once beautiful and vibrant women who relive the scars of PEV daily and I say this gloating is completely unnecessary.

Justice Inequality for victims- While Jubilee has spared no effort or treasure to exonerate the president and his deputy, the same cannot be said of the victims as t the Jubilee government has miserably failed to deliver justice to the victims, no credible pursuit or prosecution of the perpetrators has taken place and it is unlikely there ever will be. The two men have been too preoccupied with their own defenses that victims’ rights were long forgotten; somehow they seem to have fallen prey to the wrong notion that “forgiveness” is a substitute for Justice and even granting the argument that forgiveness would somehow bring some closure to the victims and survivors, the Truth, Justice & Reconciliation Commission also failed to bring about any closure. ICC was the last stop for justice but now that door is also shut, my fear is that not only has the ICC lost its deterrent value but it may have left wide open the door for a repeat of atrocities in the upcoming elections in 2017, the realm of possible violence just became more real and that’s part of the reason I question the wisdom of the victory rally by Jubilee.

So in closing, mine was simply to draw attention to the obvious and perhaps the powers that be might be awakened to the grim reality of their disconnect from the society they lead, not holding my breath but it is worth a shot.